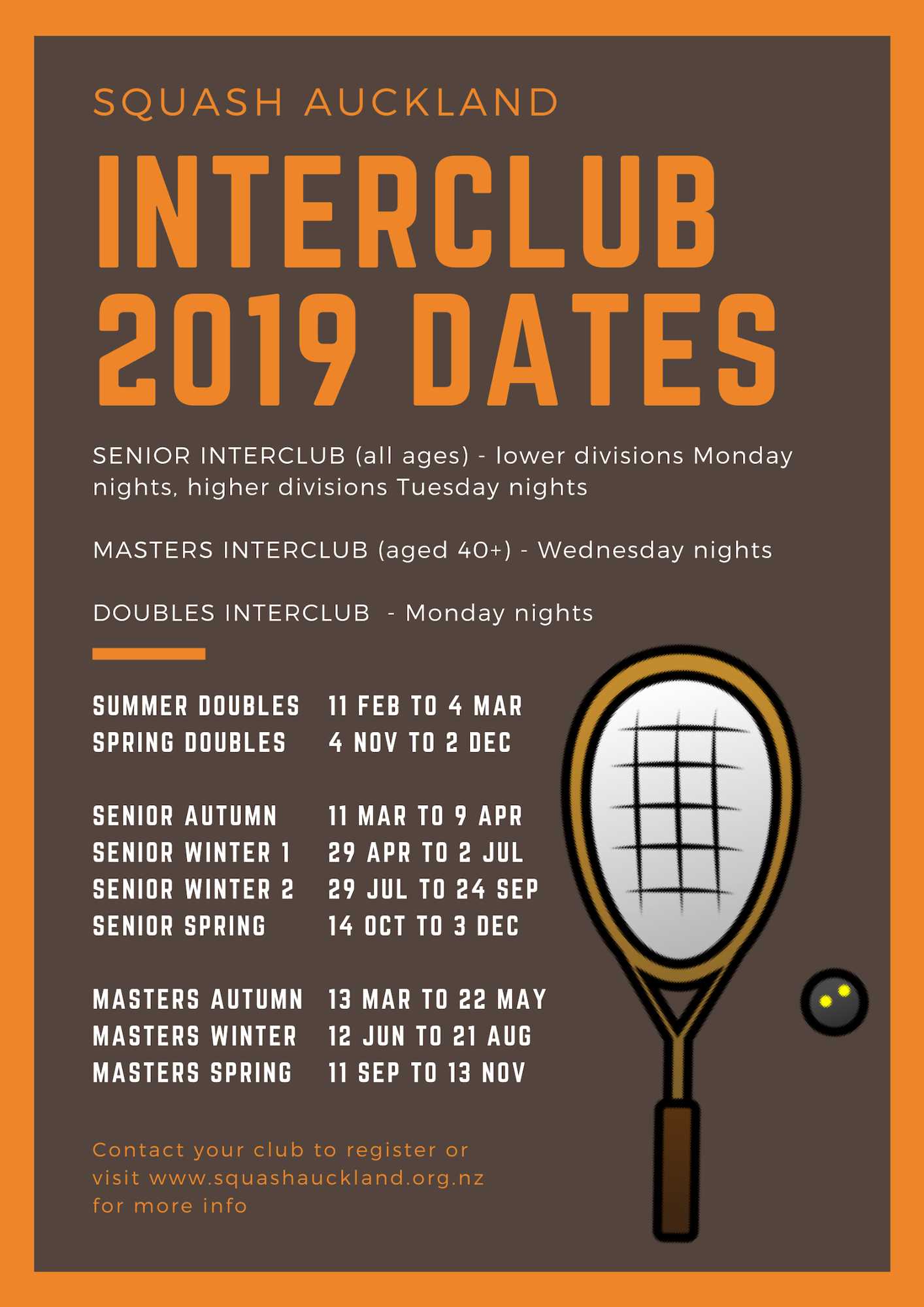 The dates have been set for the 2019 Senior & Winter Interclub competitions, along with a few minor rule and format changes aimed at increasing player numbers and improving the interclub experience based on feedback received in the recent Competitions Survey.

The season begins a with 4-week Summer Doubles competition on February 11th, with Senior Autumn beginning 11-12 March on the same week as Masters Autumn that starts on March 13.

We will also have details about an exciting new preseason competition that will be played on Tuesday and Wednesday nights during February - the Summer Midweek Tourney - coming out before Christmas.  Stay tuned!